As we transition from the age of convenience into the age of information, a lot of people are evidently attached to old ways of thinking fit only for a predated level of collective consciousness that does not support a continuously and ever changing global demand required for the long awaited, much anticipated prophesied collective spiritual evolution.

To clear up any confusion in the title, by retarding we use the definition found in both medical & chemical sciences which means “to slow down the development or progress especially by preventing or hindering advance, accomplishment or to delay academic progress by failure to promote”. So just think, do our governments, education systems, media outlets and other influencers give the impression they are trying to improve or retard out achievement towards a utopic global world? Still need some convincing? Just cast your mind over the modern world and the way that it’s run, we as the people allow our governments to lead us down a long inharmonious path that a lot of people for a long time have seen happening but have been called crazy for pointing out. The revitalising thing for those who’ve been labelled crazy is that more and more people realise that the deception is deep and it’s time to unlearn a lot of what we have literally been force fed from an early age.

Just looking at modern history, it can be readily observed that the mass population has always struggled to acknowledge, understand and accept the most up to date findings in their respective times modern sciences that reshaped and redefined the way they lived their life. In the past, there was no television or no internet. In fact, there has never been a platform available to the everyday person giving them the ability to exchange, compare and compile vast amounts of information, so in the past the excuse for information to take months, years even decades to become common knowledge is acceptable. 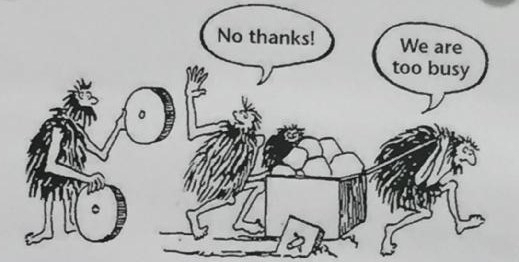 Since the technology boom in the 1960’s the world has seen an influx of innovations that by and large have been created to either distract, divide, desensitise, disseminate disinformation and or cultivate a mass population with a subconscious urge to conform and seek convenience. This can seen in many places for example, the microwave, when it first came out it was a marvel to households in the western world, this lead to an industry opening for microwaveable meals, which started to replace traditional cooked meals slowly because it’s quicker. As time has passed both microwaveable meals and the microwaves themselves are caught in the crosshairs of investigative healthcare bodies who seriously question the safety of using microwaves and the consumption of microwaved foods because of their strong links to cancer and other autoimmune deficiencies. Despite the warnings, we as a society because of convenience will still opt to use the microwave.

It gets deeper, but it’s easier to observe the side-effects and work backwards to see how this subliminal societal attraction towards what’s convenient creates a detrimental effect on the consciousness but plays right into the hands of the very people that have created the trap for us to fall in. The modern persons time is now so thinly stretched with the responsibilities and stresses of gaining an education, raising a family and or work obligations that their eye has been taken off the ball when it comes to food. The average person will opt for foods that are quick and easy to prepare, a gap the artificial processed food manufacturer are happy to fill and thus setting of an internal time bomb, slowly leaking contaminants into the body. Sooner or later, the average person finds themselves sitting in the doctor’s surgery or on the operating slab as the collateral consequence to the conditions they’re exposed to.

The age of convenience is as much of a blessing to the elitist’s that control the system as it is a curse to those subject to that very system, next we want to bring your attention to the education system that is conveniently set up to bottleneck creativity and suppresses an up-rise of divergent free thinking. Which is ironic as it’s always blasted in schools you can become whatever you want which is precisely right, they just fail to mention not with any of their help. Our schools are not teaching our youth how to enter successfully into the adult world that quite frankly is changing every single day.

Our schooling systems are set up to create mockingbirds, no individual thought, just the ability to repeat what was pressurised on to them to pass a test that only theoretically qualifies them and gives the no experience. We as a society know that this is not working for us, only for the ones that serve to benefit from the increasing levels of unemployment or employment of people who feel they don’t have the required education or the means to attain the knowledge to strike out and create their own business.

The consequence of the technology boom which unarguably has its separate benefits that fuel this transcendence into the age of information. In a dysfunctional society, one that in general has a tendency to ignore or actively do what it takes to avoid acknowledging new information that’s presented that does not line up with what has already been learned and experienced, the sad thing is, this new information is typically beneficial. This first line of defence is called Cognitive Dissonance. 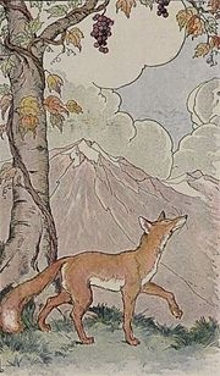 As we mentioned very briefly, Festinger was the first that we know of to record and completely theorise their works on cognitive dissonance but was by no means the discoverer or the first to talk about it. In fact a very commonly used illustrative example of named “Fox and the Grapes” comes from the infamous Greek teller of tales Aesop, which has its origins rooted some 2500 years ago.

In the story, a fox sees some high-hanging grapes and wishes to eat them. When the fox is unable to think of a way to reach them, he decides that the grapes are probably not worth eating, with the justification the grapes probably are not ripe or that they are sour (hence the common phrase "sour grapes"). The moral that accompanies the story is "Any fool can despise what he cannot get". This example follows a pattern: one desires something, finds it unattainable, and reduces one's dissonance by criticising it. Jon Elster calls this pattern "adaptive preference formation".

We are living we feel, in exciting times all across the world science and technology is advancing daily but we as mankind, and more importantly, as a slowly unifying mankind are waking up, becoming immune to the distractions and getting our act together. It’s almost like as a species we’re just growing out of that awkward late adolescent teenage mentality and accepting the responsibility of the earth’s conditions. As we move away from the age of convenience mankind’s newfound maturity and elevation of consciousness has platforms like the internet and social media to thank.

The irony is that even now in the age of information, where wisdom and knowledge of all types can be found and shared in a few seconds at the click of a mouse; people are not taking the advantage of the opportunity to educate themselves and keep up to date with new information. The problem is deeper than what it first appears because it’s very easy for us to accept the fact that we are all here to live our individual lives which is true. However the fact remains that we live in a universe of cause and effect and how every single one of us live our lives has a corresponding impact on the universal level.

The issue we’re facing as a society can be viewed in many ways one is that we are now with being bombarded with so much information from so many different sources sometimes even contradicting each other that a big percentage of people have surrendered the pursuit of inquisition and validation and replaced it for acceptance and the resolve to defend it. This type of mental discomfort can only take place in a mind that has fused to an old way of thinking. Social media platforms like Instagram are a perfect place to observe how cognitive dissonance is slowing the progression of human development. We will be covering some of the most generally rejected modern day realities in a later post but to help put things into perspective we will use the current state of the world’s food as an example.

In this modern day in age, we now know without a shadow of a doubt that eating meat is not a healthy, sustainable or humane option. Firstly although there are still unsecured claims countering this theory, we as humans are not built anatomically to eat meat, our digestive system and the requirement to cook meat are clear cut signs. When did you last see a pride of lions setting up a bbq? Secondly, the strain on the world’s resources and environment are causing imbalances in the planetary biosphere. And thirdly that factory farming is nothing more than a brutal a company built on the enslavement and murdering of animals. At busy periods of the year when global celebrations are taking place, up to a billion animals can be killed and processed for consumption in just one day. They that sink in. And now try to calculate the Karmic debt that the human species has accumulated.

If that was not enough, the World Health Organisation recently even went public with their conclusion that meat is carcinogenic and has no ranked processed meats specifically on the same scale used to define the toxicity of things like smoking, asbestos and arsenic.

So why, now, even with all of this compelling information, do we have people fighting to defend a carnivorous lifestyle. It seems like 50% of the population are seeing what is going on and changing their behaviour to compensate for that. The other 50% are clinging on to the old way of thinking, most of them will not even look any further into the information you provide them instead they will look to apply old ways of thinking in the form of regurgitated processed opinion which applied only to yesterday’s level of knowledge. The carnivores will usually say something like well our ancestors ate meat, it tastes too good to quit, there is no protein in fruit and veg and some will stoop as low to say that animals are put on this earth to be eaten. 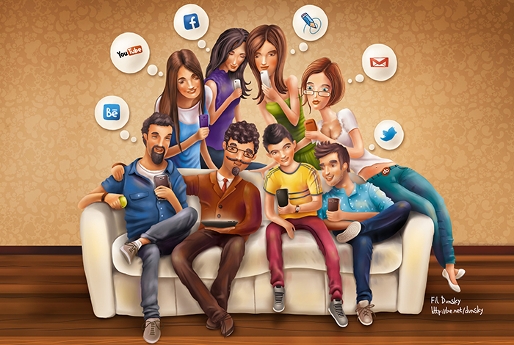 The truth is, we all know, even those of us out there still eating meat, we know at the core of our very existence that it is wrong and that every life instinctively desires to survive and thrive and that the meat industry has completely removed that option for the domesticated farmyard animal. But to simply this all we have to bring back in Festingers principle notion of the humans inner desire to keep a fluid set of beliefs to self-govern their lives, this constant influx of new information that tends to displaces what was once a fact plays havoc with people’s ability to remain cognitively consistent.

And with that being said, it highlights the prehistoric way of thinking that has the expansion of the collective consciousness in a chokehold. This neanderthalic approach to adapting to new information is truly becoming a problem that equals the one aimed at us by the controlling forces making their job to keep us divided much easier. After all, if we are squabbling amongst ourselves, our attention is diverted from the fact that they alone have set the conditions for the minefield they allow us to walk through.