The Karmic debt of the dinner table

The Karmic debt of the dinner table

Together as a whole, humanity is responsible for a lot of death that does indeed carry a massive karmic price tag. YUSA’s soul intention is to raise the awareness of the suffering and death meted to others mainly in western culture. Of course tallying the numbers cannot convey the horror and suffering experienced by the victims. One can only imagine the mental and physical distress experienced by these people and animals.

10 Billion Animals slaughtered every year in Europe-not counting fish and other aquatic creatures. Every day some: 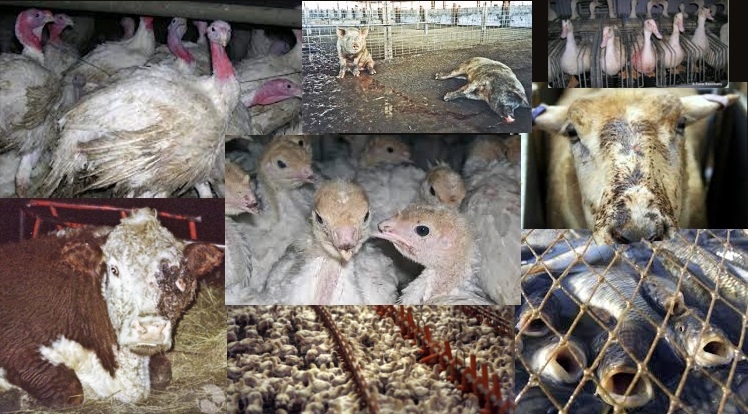 Alongside these European figures, Americans are responsible for at least another 10 Billion or so. Worldwide figures total more than 55 Billion animals killed annually. That is approximately eight lives are taken for every human being on the planet, every year, and this is still insignificant if we consider the unlimited numbers of living beings killed in a culture that prefers death as the solution to many problems.

For example, the modern approach to food production, the source of humanities life energy is to kill billions of animals and to feed them weeds are killed with herbicides, insects with insecticides, pathogens with antibiotics and then finally killing off the bacteria that festers in those caucuses by cooking it, etc.

If humanities approach to food production is laden with death at every step is it a surprise that the overall orientation to the remainder of life is to eliminate others, of any species, that are in one’s way or presents itself as a problem? Too often the modern approach to solving problems is to kill something or someone, and a karmic debt is created for every living being that is killed. Killing begets killing. Slaughter on the battlefields of man will continue as long as the slaughterhouses remain open.

Significantly reducing and one day eliminating all animal deaths is the only way to clear up the Karmic debt being served at the dinner table. Not only killing is reduced, but total resource use is also diminished as flesh foods are not only unnecessary for health but waste enormous amounts of resources. Consider the following facts about resource use and waste;

· Livestock production uses more than half of all water used for all purposes in the United States alone.

· Oil depletion is hastened by food. 78 calories of fossil fuels are used to produce only 1 calorie of protein from beef.

· 33 percent of all raw materials (base products of farming, forestry and mining, including fossil fuels) are consumed in the production of livestock.

· But only 2 percent of all raw materials would be consumed by the U.S if everyone ate a complete vegetarian diet.

· The number of people worldwide who will die as a result of malnutrition each year is around 20 million.

· Number of people who could be adequately fed using land freed if only Americans, or Europeans reduced their intake of meat by just 10%: 10 Million.

· 16 pounds of grain and soybeans are needed to produce just one pound of edible flesh from feedlot beef!

· Thus 90 percent of all protein produced is wasted by cycling grain through livestock.

· 70% of all antibiotics are given to healthy animals to increase weight gain, resulting in reduced potency of the antibiotics to control infectious diseases.

The list goes on, it is very evident that all beings on the planet can live in absolute harmony where suffering is non-existent. It appears the corporations in control of these slaughterhouses and meat industries etc. would not like it if humans went back to providing for themselves and have conditioned the masses that this is the real and only way to live. But this is false. 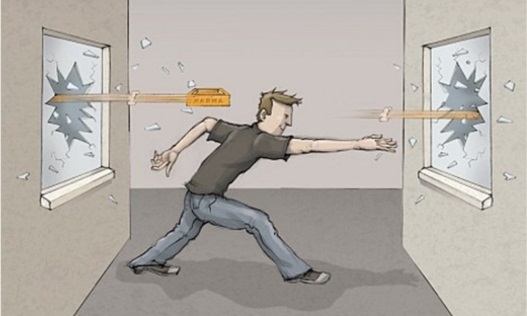 We as a human race must become accountable and acknowledge what we are doing to the planet by very simply allowing it to continue.

Being realistic, we understand that at some point of our existence, we as humans even living by a strictly regulated plant-based lifestyle would find it's impossible to avoid the consequential suffering of animals altogether at some level. That is acceptable, but most people do not even spare a thought to the process that results with their mouth watering sense deceiving burgers and chicken nuggets landing on their plate. With that being said there are no amounts of statistics we can present to you or facts about nutrition that can put the severity of our message clearer than the following set of documentaries that we have out together. We respect the rights of all of the organisations that have released these films, and although these documentaries are available by searching the net, you would be doing a great thing going to their official sites and paying to view which would respectively contribute to the war against animal cruelty.

We do warn viewers that there is some graphic footage on display in these films, and quite frankly we believe there is no excuse to shy away, we understand and respect that it is not easy to see or accept.

Food Inc[i]. – Filmmaker Robert Kenner lifts the veil on the US nation's food industry, exposing the highly mechanised underbelly that has been hidden from the American consumer with the consent of government's regulatory agencies, USDA and FDA. America’s food supply is now controlled by a handful of corporations that often put profit ahead of consumer health, the livelihood of the American farmer, the safety of workers and their own environment. We have bigger-breasted chickens, the perfect pork chop, herbicide-resistant soybean seeds, even tomatoes that won't go bad, but we also have new strains of E. coli—the harmful bacteria that causes illness for an estimated 73,000 Americans annually.

Forks over Knives[ii]–A 2011 American documentary film directed by American independent filmmaker Lee Fulkerson that advocates a low-fat, whole-food, plant-based diet as a means of combating a number of diseases.

Earthlings[iii]–Documentary film about humankind's complete economic dependence on animals raised for food, clothing, entertainment, scientific research and as pets. Using hidden cameras and never-before-seen footage, Earthlings chronicles the day-to-day practices of the largest industries in the world, all of which rely entirely on animals for profit. Powerful, informative, controversial and thought-provoking, Earthlings is by far the most comprehensive documentary ever produced on the correlation between nature, animals and human economic interests. 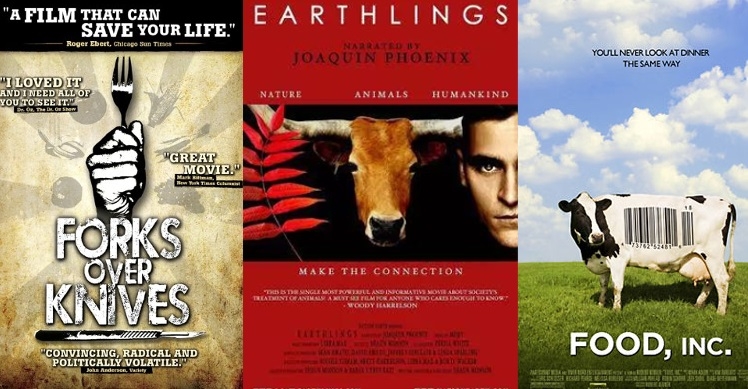 This was excerpted from the YUSA Guide To Balance: Mind Body Spirit which you can view in full HERE where it’s available in physical and digital format. You can also see what our current worldwide readership is saying about the book. If you are outside of the UK we advise that you visit Amazon.com for your copy for more cost effective delivery costs.